If you want to find a job at Facebook, Microsoft, Google, or other large technology companies, you should be aware of the need to know how to impress people. Whether you want to become a web designer, game developer, machine learning enthusiast, or work in any other related technology industry, you must have one thing-programming language. Nowadays, programming languages ​​are becoming the center of attraction among programmers. There are a large number of languages ​​that can take aspiring people to a higher level. With the increasing demand for software developers, it is necessary to obtain practical experience in best programming. This article lists the top programming languages ​​for job hunting in Google, Microsoft, and Facebook.

Originally built by Netscape as a competitor of Java, JavaScript now has its own space in the development space. JavaScript is widely regarded as the “Internet language” because of its popularity. JavaScript has a variety of libraries and frameworks that can be used in the development process. There are Angular, Vue and React for front-end development, and Node.js is a very flexible language for back-end development. Jest and Mocha are two flexible tools that can help set up unit tests to check whether functionality is working as expected.

Ruby is a Japanese programming language. Because of the success of Ruby on Rails, it became popular. Ruby on Rails was once the most popular web development framework. Ruby on Rails can accomplish a wide range of tasks. RoR makes coding easier for programmers. This technology has shown programmers how to make coding smarter through its amazing and unique features. It can handle complex situations and make programming easy for anyone.

Python is the favorite language of anyone who starts programming. Its grammar is simple, easy for beginners to understand and use. It is widely used for Web development, software programming, and many other purposes. The language includes rich library support, automatic garbage collection, improved interaction with other languages, and enhanced GUI support.

C/C++ is one of the favourite languages of software engineering buffs. These languages are ideal for system programmers. It is relatively fast and stable and provides users with a ready-to-use library called standard template library. STL contains algorithms, structures, and arithmetic operations. C++ remains to be one of the best programming languages to solve problems of audio-visual processing.

Swift
Apple invented its business programming language to compete with Microsoft in 2014. The company used this programming language for Linux and Mac applications. It is an open-source language programming that is easy to learn and requires fewer coding skills compared to other programming. Swift is used in popular iOS apps like WordPress, Mozilla Firefox, and SoundCloud.

Currently, PHP is a popular choice for backend language programming. Many web developers find it essential to learn PHP, as it is used to build more than 80% of the websites on the internet, including those like Facebook and Yahoo. Developers and programmers can use this language to write command-line scripts and develop desktop applications.

Java has a wide variety of libraries and frameworks which utilize Java under the hood. Java is used for app development through Spring and Hibernate. JUnit helps us set up unit tests for our Java projects. Most importantly, Java is being used in the development of native Android applications (the Android SDK is itself powered by the Java Development Kit or the JDK). Java is probably the language that most people were introduced to as part of an introductory computer programming course in college or school. Java is the language used for teaching object-oriented programming to the masses. 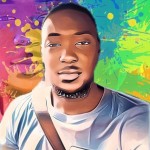 You may have missed

These listed programming languages ​​will help you find a job at large technology companies such as Google, Microsoft, and Facebook
3 min read

These listed programming languages ​​will help you find a job at large technology companies such as Google, Microsoft, and Facebook